You are here: Home1 / Labour and Birth2 / Tests, Vaccines and Medicines for Newborns3 / Vitamin K for Newborns 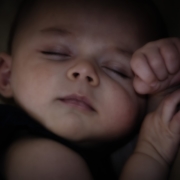 Vitamin K plays an essential role in blood clotting and is necessary to prevent serious bleeding in a newborn. Babies do not receive enough vitamin K from their mothers during pregnancy or through breastfeeding. Without vitamin K, babies are at increased risk of developing Vitamin K Deficiency Bleeding (VKDB), a rare disorder causing bleeding in the brain resulting in brain damage or even death.

It is current recommendation, based on sound scientific evidence, that newborn babies be given an injection of vitamin K within a few hours of birth to reduce the risk of developing VKDB.